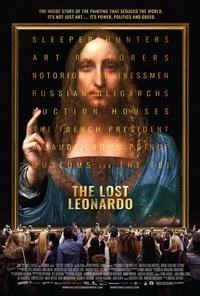 PG-13
In 2008, a few of the world’s most distinguished Leonardo Da Vinci experts gathered around an easel at the National Gallery in London to examine a mysterious painting—an unassuming Salvator Mundi (Latin for Savior of the World)—found in a shady New Orleans auction house, that a select few believed to be a long-forgotten masterwork by Leonardo Da Vinci. That day, Salvator Mundi was authenticated as being the creation of Da Vinci himself, and thus, one of the most beguiling and perplexing stories of the 21st century was set into motion.